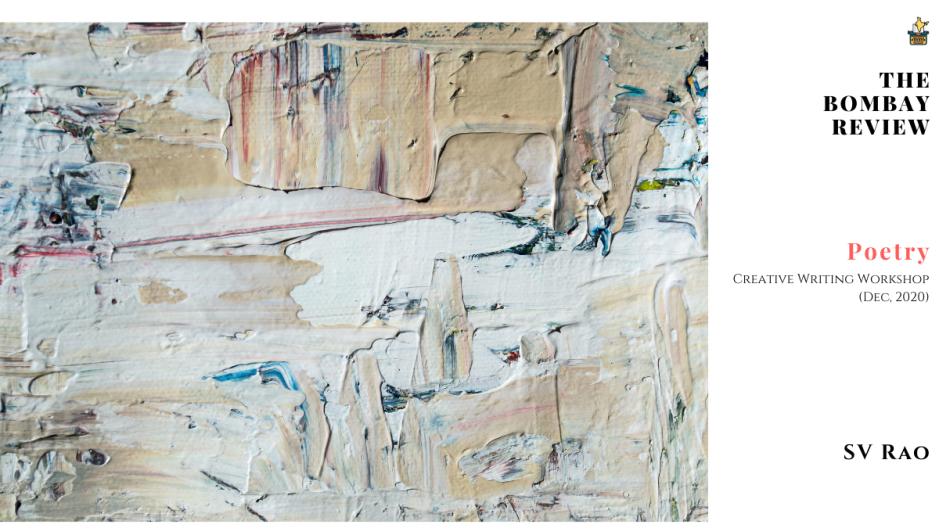 raindrops on the windshield

against  the ink of the sky.

he rolled the window down,

Lights and decibels streaming through,

The laughter and gaiety too,

of struggles to free

himself of the blue cocoon.

The mirror not just reflecting

his face, a maze of

But the etched memories of

He was drawn again to

while his mind live-streamed

The other wilfully so.

I wonder at the thought, what

if ever, a meteor of revelation

Had streaked  through his imagination

The unravelling of the solution, overriding

the fear of the Gods

The slow but enticing circling of a premise

The unfreezing of the mind bringing

The thought of a lever, pressed against,

All while they told him it’s destined

S V Rao is a postgraduate geologist from Mumbai University and a roving resident of the city. Freshly minted scribbler of merakian aspirations, with well-wishers alluding to his attempts more as a product of the Dunning-Kruger effect.