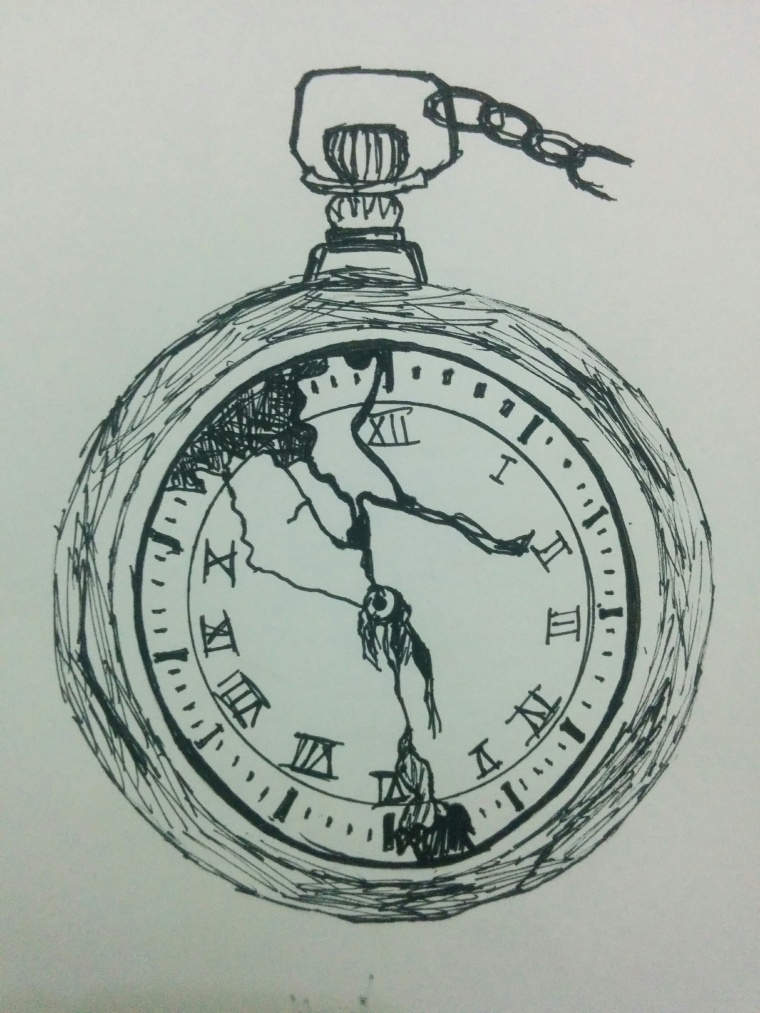 It’s done, the man in white uniform declared, wiping his forearms with a piece of stained towel.

None of the three wanted to see how good it had been done. The three had brought Irine Fernandez to the mortuary and were trying to leave without a word once it was announced.

The man in the white uniform tried to persuade, “Sir, you can check if you like, though the hospital rules don’t permit.”

One of the guys, he looked most troubled among them, told his somber-looking friend in check-shirt and pin-striped trousers, “Give him some tips, I think it will kept his mouth shut.”

The third fellow pulled a crumpled packet of Gold Flake Kings from his pant pocket and whipped the lid open. He said, “Damn” and threw the empty box into the white garbage can which was full of bloodied gauze and cotton.

Everything in the hospital was white, gleaming white and where it was not white it was the color of steel and dried blood and angry yellow that reeked of tincture Benzoin.

The man who flung the empty cigarette case inhaled and exhaled loudly spouting his lips as if he was smoking. He said, “It’s a nasty job, packing a dead body.”

“At least one of the children should have rushed,Irine died like an orphan,” said the man who had advocated placating the mortuary attendant with some tips and getting rid of him.

The men were all of the same age and appeared to hold each other with affection borne of long association.

“Let us go home, they will arrive by around 6th. We have nothing to do till then.”

“We haven’t got any clear information. Irine shall have to wait.”

“Ah, to think we started the New yearwith Irine going.”

“She died, that’s all it matters now.”

“I am not sure if Gloria will make it, she is waiting for her green card. It seems she can’t leave US until it is done”

-“Yes, she has small children too. She can’t leave them in Oram’s custody.’

-“Yes, her husband is no good, he can’t mend the children by himself, it seems.”

-“Oram is a tribal. I mean it isn’t bad to be one. I just mentioned it because the children required looking after.”

“Let’s go and have some tea before we split. I need cigarettes.”

“Yes. I could do with some tea myself. It’s been exhausting. How much did you pay?”

“You saw me paying”, he said looking defiant. ”They took 15000 bucks at the counter for the job; the hospital gave me the voucher. The fee holds good until the 6th. If they don’t arrive, we need to pay more to keep Irine in till they arrive.”

“I didn’t mean that. You have the receipt for it, they will reimburse anyway, you know. I meant the tips.”

“I gave the fellow nothing. I told him the son will pay him when he comes to take out the body. The attendant was not happy about it, he said they work in shifts, he may not be there when Jonnah comes.”

“We could have seen he had done a good job, after all he offered to show.”

“The children would grumble if Irine doesn’t look good when they open the coffin lid for the last view, you know Irine’s children are like that. They find fault with the whole Universe for everything.”

-“Gloria isn’t coming anyway, she is the most quarrelsome.”

-“They are all creeps, I need a cigarette too.”

“It’s a pity Irine has to wait for six days for her soul to leave the earth; she had waited on her children for thirty odd years and the children have told they can’t make it before 6th.”

-“She said she is tired of living.”

-“Living alone by herself, she said.”

-“And remember, Gloria won’t make it for her mother’s funeral.”

-“That’s what Henritta said, Henritta has an important meeting with her Jewish clients. That’s why Henritta’s arrival is getting delayed.”

-“Henritta’s husband used to be bouncer in a casino in Melbourne, now the two are into real estate business. And it helps that he was a bouncer.”

-“We don’t know about Jonnah.Jonnahcomplained he has a wife and a daughter to whom he will have to hurry back once the funeral is over and got done. He has nothing else to do in India, he said.”

-“Jonnah’s wife is a white American, they all think differently.”

“Who said Irine’s soul shall have to wait until she’s buried? Poor Irine, she hated staying in hospitals. She said she hated the smell of the disinfectants.”

-“And the odor of theother patients in the ward, the sound of their wail and ranting caused her anxiety.”

-“She isn’t in the ward anymore. She is in the morgue, nobody will trouble her there. The others in the morgue will all be quiet and immobile like Irine herself.”

-“And humbleunlikeIrine, but I guess that’s how she will be now parked in one of those shelves.’

-“She will be buried where her husband is buried. In the graveyard behind St.Patrick’s church.”

-“They have plans to replace the gravestone with marble. I have the picture of the tombstone they have ordered with Fenn and co.”

“Who paid for the tea and the cigarettes?”

-“I helped myself to some Ghee biscuits too.”

“Let’s go home, it’s New Year, the children will be waiting to celebrate.”

Saranyan BV is a Mumbai based writer and poet. Many of his stories and poem appear in Indian and international literary magazines. He loves Raymond Carver’s short stories and recommends every lover of short stories to read Annie Beattie’s ‘Snow’.

The Outlet: the Blog of Electric Literature
Literary Hub

The best of the literary web

An inventory of the meaningful life.