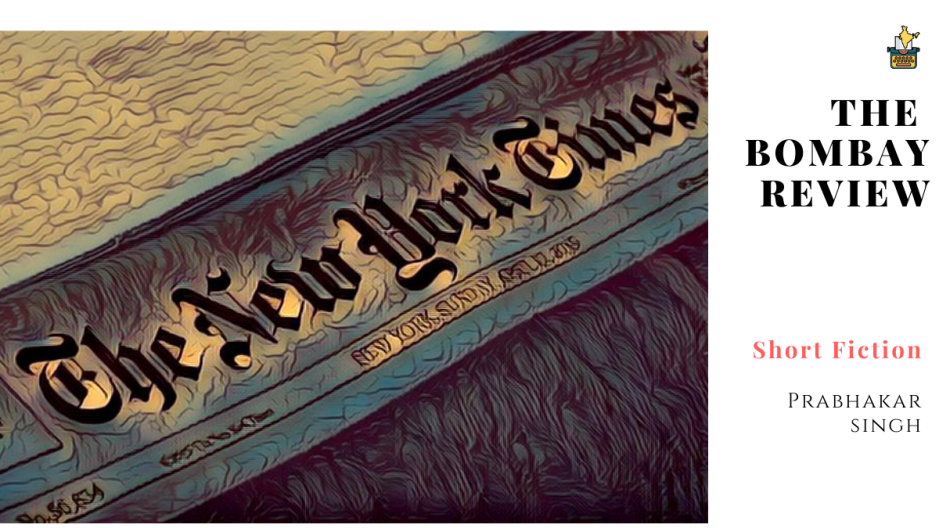 Ruchir often spent his quiet summer vacations in Darbhanga, the place of his maternal grandparents. It was on a hot and dusty midsummer day of 2020 that he laid his hands on the decomposing paperback, Maila Anchal, tucked in a forgotten corner of his uncle’s bookshelf dug into the thick walls of the first floor.

Ruchir turned the pages holding the book in his left hand. Broken into two halves at its spine, the novel had soiled pages with occasional holes and dog-ears. He looked at the book for a whole minute and thought of stitching and pasting the spine back into the book.

A gust of wind laden with a green scent of the leaves washed in last night’s rain came through the grove of Mango trees from his grandparent’s garden. A few of the pages from the middle scattered around the low-floor bed.

“I don’t know. Come eat. Keep questions for your Grandpa.”

Toshi, their meek dog, ran about the garden after a squirrel. Toshi was lazy, and liked to keep a low profile. Tired by his small pursuits, Toshi lay stretched on the overgrown lawn grass. It looked up expectantly when Ruchir called for Grandpa, “Babujee…”

Grandpa’s villa and the garden had kept Ruchir busy for half the summer. Five mango trees, a tall neem tree, one guava tree, three shrubs of lemon, a bed of twenty rose bushes and two patches of summer vegetables made up the house campus.

Ruchir always thought of the villa as a guest-house in a largely urban jungle. After all, his Grandpa’s villa had the largest number of trees in the locality, including one of yellow champa, that housed over a dozen birds. Crows, cuckoos, doves and finches cavorted in the urban groove daylong. They all chose their trees, nesting only by choice. When a team of monkeys, The Jungle Book’s bander-log, descended from time to time to ascertain the ripeness of mangoes, Ruchir’s imagination of a jungle house would become complete. The daily ritual of garden-watching had begun to bore him, though. When he found the old copy of the novel, his imagination took a different flight.

‘Renu, as Phanishwar Nath was famous as, was born in Forbesganj.’ The novel’s preface read.

“Faar-bis-ganj”, as his Grandpa calls it, is a small Indian town on the Indo-Nepal border. And it is certainly ‘faar’ from Delhi. People speak shades of Maithili on both sides of the border. Maithili’s sweetness, Grandpa liked to believe, added to peace on this international border.

“Why are borders with China and Pakistan so battle-ready?” Ruchir wondered.

Forbes certainly meets Phanishwar in Forbesganj. “Forbes” marks the presence of an Englishman during colonial times. Nepal, however, had remained an independent country despite the occasional British visits and threats.

“Did you know, Ruchir; Renu had the distinction of participating in both the Indian Freedom struggle as well as the Nepalese revolutionary movement for democracy.” Grandpa said munching over mangoes that he picked from a bucket full of water.

“Eating mangoes after dipping it in water with its mouth peeled, saves you from a sour stomach the next morning.” Ruchir tittered with disgust, the thought didn’t feel well in his own stomach. “I won’t eat these mangoes today then.”

“Nepal is less than thirty minutes from Forbesganj as the crow flies.” Grandpa said. “In fact, Renu had passed his Matriculation from Biratnagar Higher Secondary school in Nepal.”

“And if the crow wanted happiness it could reach Bhutan in less than two hours, and the crowded Bangladesh in less than one.” Maa added to the conversation.

The dining-table burst with laughter at Maa’s comment. Toshi joined in, rushing upstairs, expecting fishbones from Maa’s fish-stew that Ruchir had dutifully collected for him.

The copper sun had begun to slowly sink in between the canopies of the mango and the Champa trees against the family’s late-lunch. The summer light lingered upon the horizon in a shade of light orange. Temple loudspeakers had begun playing devotional bhajans that the time-bound azaan at the mosque some 300 meters away would punctuate. Such afternoons  in Darbhanga often forced a change of mood.

“My friends would not believe me if I told them I read old volumes of the New York Times at my Grandpa’s place in Bihar.” Ruchir said to himself with a glint in his eyes.

“Does Babujee speak of Nepal and India as one because of the common tongue?” “What is your story about New York, Babujee? You have never even set foot outside India, and Nepal, you say, is not a foreign country.” Ruchir kept on bombarding questions.

“Yes, I never liked the idea of exploring places outside India. Your uncle did all the travelling,” Grandpa said nonchalantly before continuing. “But New York came to me right here in Darbhanga, every evening. New York is just under an hour and a few minutes away from our home, you see.”

And it was from Nepal, just across the border, that Grandpa would receive the New York Times. The copy would reach Darbhanga a few hours after the rickety bus from Biratnagar crossed the border with the dusty passengers for Forbesganj every afternoon. Here, Patna was only six hours ahead of New York in Hindi newspapers. And during the flood-months of June and July, the New York Times might even be ahead of the Times of India by six hours. Who knows? At the bottom of the opinion pages, Ruchir saw the New York Times had duly mentioned ‘printed in’ Biratnagar alongside Athens, Dubai, Frankfurt, Hong Kong, London, Milan, Osaka, Paris, Singapore and Sydney.

“Biratnagar is Singapore’s poor cousin separated by fate. I refuse to believe Singapore is another country,” Grandpa said.

The spell of the magic realism conjured up by the New York Times in Darbhanga was overwhelming for Ruchir. The plan did materialise eventually. The family, and the dog of course, drove to Forbesganj the next Sunday. Forbesganj is unrepentantly local and unapologetically global. Like the Dalai Lama’s residence McLeodganj, the town is an Anglo-Indian city.  But unlike any other city in India, Forbesganj is only 30 minutes from New York in time, thanks to the New York Times. Forbesganj linked Bihar with New York much like Amitav Ghosh’s magic realism connecting opium-growing Uttar Pradesh with Hong Kong in The Flood of Fire.

The Indo-Nepalese bonhomie is very real in Vikram Seth’s From Heaven Lake. Mr. Shah, the Nepalese Consul-General in Lhasa, and Seth reminisce about Patna when they met in Lhasa.

“Seth had lived in Patna for 10 long years and Shah only for two, studying international relations at Patna University. As a result, Shah felt a greater attachment to Patna than to Delhi,” Grandpa said with a sense of Bihari pride.

“The magic realism of Indo-Nepal southern borders is a far cry from the realism without magic of its western border. Indeed, different directions present varying problems and possibilities on international borders,” Grandpa said with a touch of melancholy in his voice.

The colour of the Monsoon clouds frothing over the eastern sky now matched Grandpa’s mood. “What would have Renu made of the growing border issues with Nepal.” He thought. The downpour pushed the family into the car.  The car passed the rows of farmers bent knee-deep in water planting paddy saplings as the family drove back.

Grandpa’s only dream was to one day see a jhal-muri seller pass on the common man’s delicacy scooped up in an old copy of the New York Times when walking the roads of Darbhanga.

Prabhakar Singh (@OolongTeaCher) teaches at Jindal Global Law School, Sonipat. His poem has appeared in The Economic & Political Weekly, and opinions in The Telegraph and Deccan Herald. 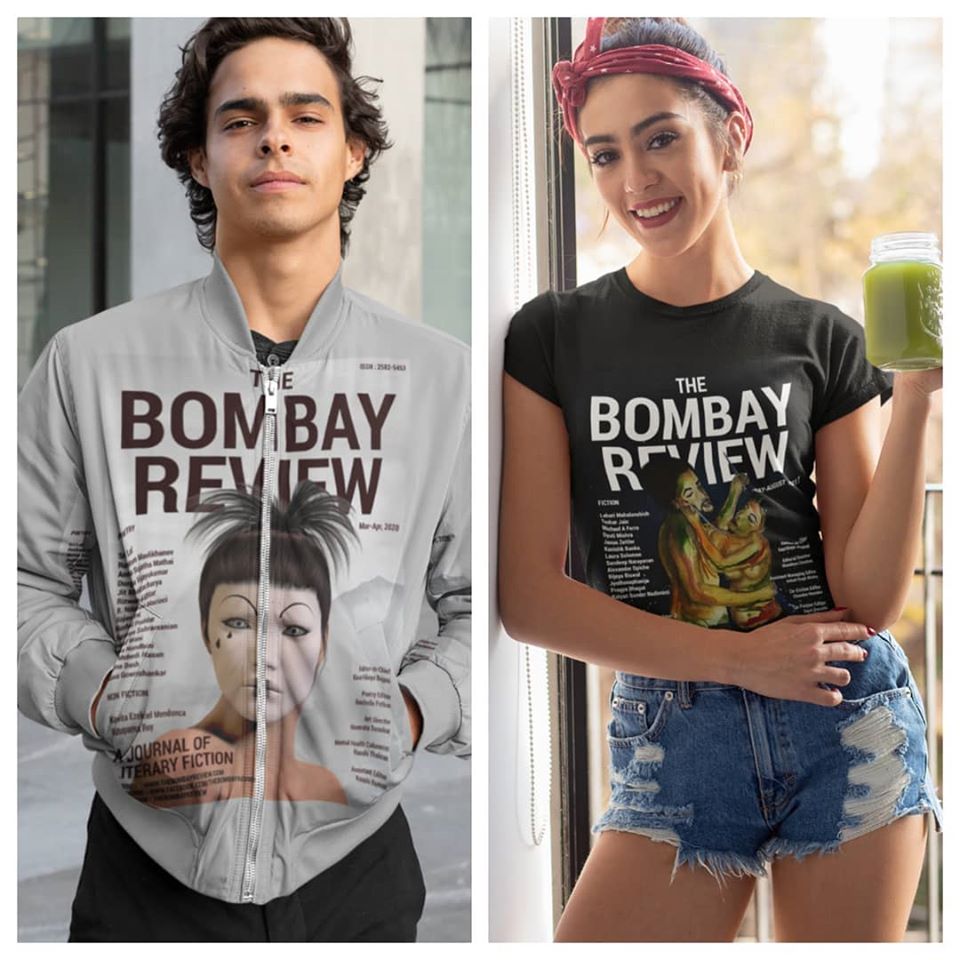