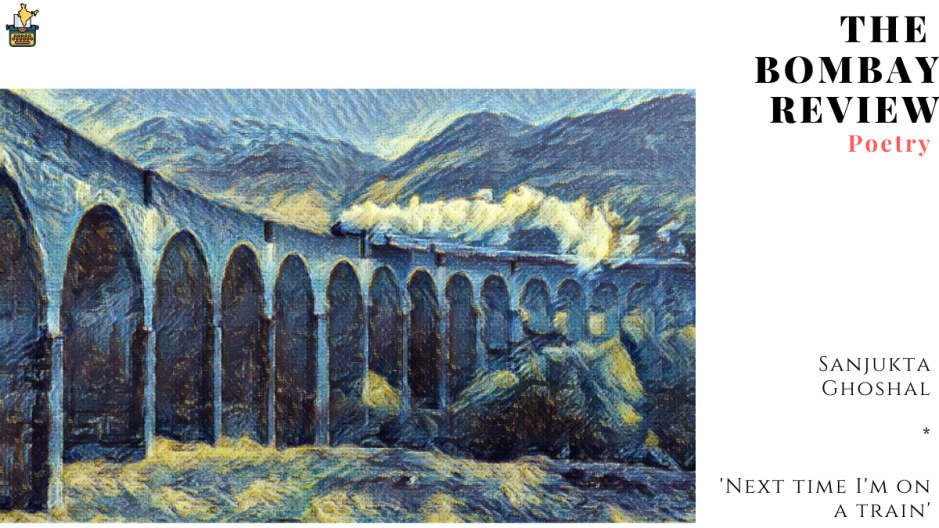 There are a few who rhyme as well as Sanjukta Ghoshal, as she not only rhythms it, but has well-timed meaning with each of those lines. A difficult feat made to look as easy as her girl-next-door bio note – a clever deception I tell ya!

Next time I’m on a train

Next time I’m on a train and I get a window seat,

I’ll not try to fit the engine’s sound into rhythmic beats.

Next time I’m on a train and the winds ruffle my hair,

I’ll not try to tell the balmy country breeze from the dirty city air.

Next time I’m on a train I’ll not think of munching snacks,

I won’t scramble for the leftovers with hands inside my bag.

Next time I’m on a train, I will not follow the tracks with my eyes,

And see them meet, and then separate, like a game of cats and mice.

For next time I’m on a train, I’ll always be reminded why

It ran over more than a dozen men, who did not wish to die.

Next time I’m on a train, I’m sure I’ll be able to hear

their muffled screams as the wheels pressed their lungs all loud and clear.

Next time I’m on a train, I’ll remember to say my prayers and be thankful,

that I don’t have to walk five hundred miles to reach home for food.

Next time I’m on a train, I’m sure to get panic attacks

what if the train derails with the wheels slipping from blood on the tracks?

Next time I’m on a train and I fall asleep dreaming of barbecued kebabs on a plate,

I’ll have a nightmare about those rotis roasting under the sun on the track.

Next time I’m on a train I’ll be thankful I’m on it and not under,

For I was lucky enough to be not born as a poor migrant worker.

Next time I’m on a train, I’ll remember that movie that had,

Something about death making more cents than life. (That’s sad!)

Who should we blame? The driver, for he failed to stop in time-

or the train, for it didn’t listen to its master and did not toe the line?

or the workers, why had they to fall asleep on the tracks?

Couldn’t the poor bastards just sleep on the roads, on mats?

Yes, it’s convenient to blame the poor and these were dead poor; these were the poor dead who took the blame;

Their kin wouldn’t have money to sue you for defamation, because they were never in any hall of fame!

Sanjukta Ghoshal is born, brought-up and living in Kolkata, India. Her profession is engineering, the last place where you’d expect to find poetry, but then, there’s poetry inside everyone and we only need something to trigger it. Her trigger was the universal episode – heartbreak. She’s been writing on and off since school, and more frequently now since there’s this collective compulsion to keep mum and toe the line in all fields of life, but a rebel needs to speak. While she likes to get lost in abstract poetry that paints a picture of another world, she find herself writing more about things that you can relate to yourself, or your best friend, or that seemingly innocent girl-next-door.

Apologies for ruining your feed this Spring. Out in bookstores soon.
"Didn't you read Lord of the Rings in High School?"
This is beautiful. For all her faults, Rowling occasionally wrote profound. About privilege.
A beautiful thing on the internet today. What a find! 1970s magazines from Pakistan.

MY HERO ACADEMIA Merch Items to Make you Squeal 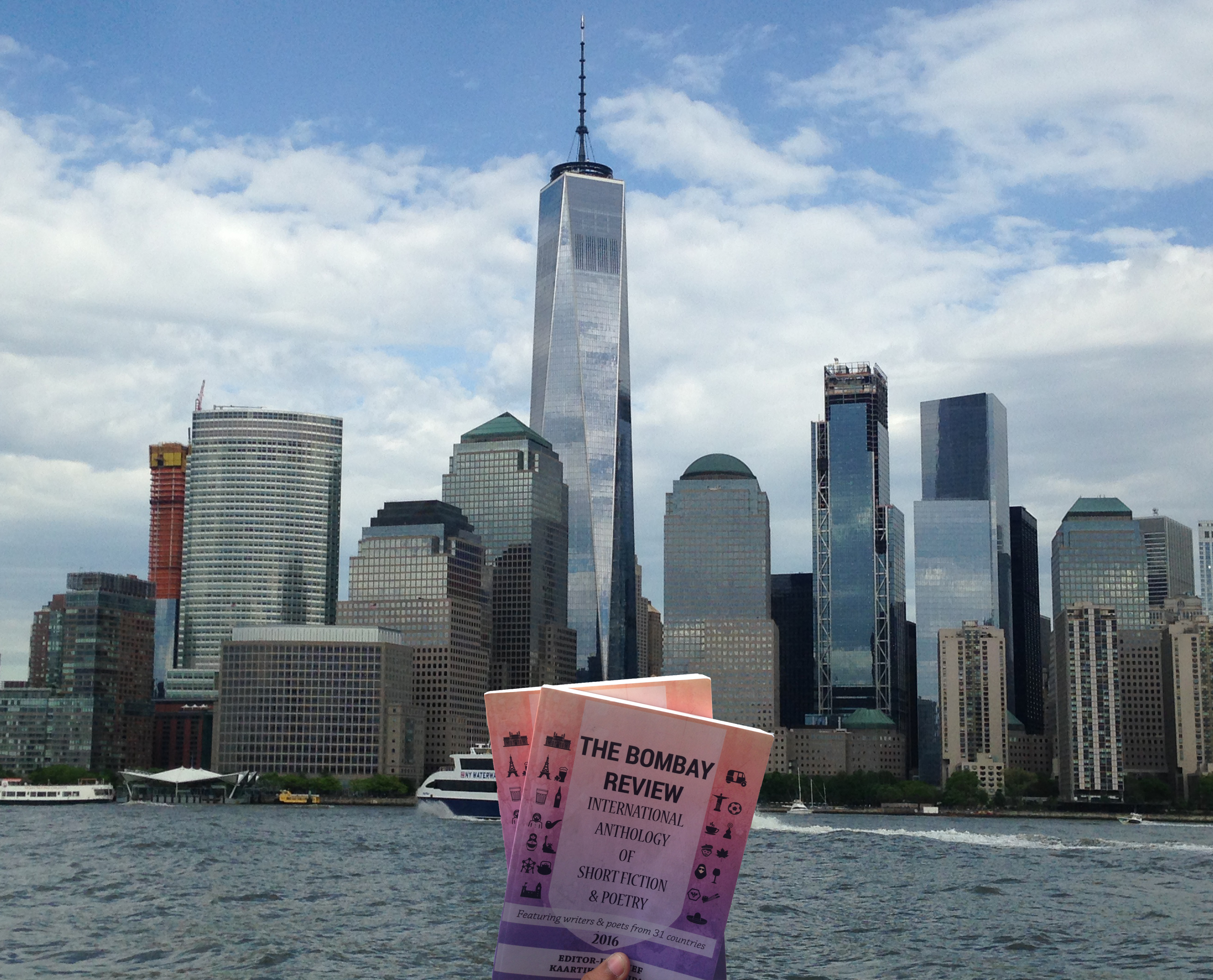